On Children. And Writing.

When you first become a mother, you have goals and ideals for your children. You want them to grow up and become little, better versions of yourself. They will love the outdoors and math and reading, just like you do. They will choose organic food and green transportation instead of easy transportation, just like you do. At some point, you realize that this is all delusional. Despite your best efforts, your children are not you. While sometimes they will take on some of your characteristics, most of the time the traits they inherit are not the ones you hope to share.

My children are now eleven and sixteen. I gave up on John Locke and tabula rasa long ago.   My children have not been filled with the ideas and knowledge I tried to pump into them. Despite my efforts to the contrary, for better or for worse, they have become their own people.

Sure, Gwen shares my love of reading and drawing. She is actually quite skilled as an artist. And, unlike me, she can draw people beautifully. I think I am actually going to commission her for some work in the near future. Other than our appearance, the similarities end there.

Dylan inherited my spelling skills. This is a good thing. Gwen’s inability to spell has always pained me. Frequently, Gwen will ask how to spell a word. Much to her chagrin, Dylan will speak up and tell her how it is spelled even though he his five years her junior.

Although Dylan can spell and has a good sense of grammar and sentence structure for a boy his age, the physical act of writing pains him. He draws no joy from writing. Despite my efforts to force him to love writing in the way that I do, he. Does. Not. Love. Writing. In fact, he loathes it. I know hat he despises it, but as a school teacher and his mother, I have always encouraged him to write anyway. This year, I actually made him start a blog. I thought that maybe typing his thoughts would be less painful than scribbling them on paper. While physically, typing is easier for him, the thought of writing, the process of writing still pains him. I know this because I read his first blog post.

He is angry. He will probably be angry every time I  make him write. That is okay. I know that my children will hate me sometimes and that comes with the territory. Being a parent means that you try to do what is best for them. I know that writing is good for him. He will need to write for at least six more years of school and depending on the career he chooses will need at least basic writing skills for the rest of his life.

My son is kind and sweet. Generous and loving. He doesn’t want to disappoint anyone. That last part is problematic for me. He tries to keep the peace, but he doesn’t always exhibit his feelings. When he is hurt or angry he tries to hide his tears and disappointment. He tries to bury his feelings. This is not healthy. I know because this is one of those character traits that I hoped our children would not inherit.

My son will never love writing. He may not continue to blog after I stop making him. I am okay with that. However, I am hopeful that as much as he hates writing (and at the moment, me) he can learn to appreciate the catharsis that writing offers. Even if you don’t share it with the world or even its intended recipient, writing can purge all kinds of horrible feelings from your soul. His first post is angry and that is good. He couldn’t tell me how mad he was. He couldn’t even have me in the room while he wrote, but he wrote it. So even if he doesn’t love to write, maybe he can learn to use writing as a way to clear his own, emotional slate.

#7 ~ Write Another Magazine Article and Have it Published

Writing is something that I’ve always done but didn’t realize I really enjoyed until recently.  After I started this blog I began thinking more and more about writing for an audience.  I can upload pictures and write down recipes, but if nobody looks at them, or reads them, then they are just taking up virtual space.  Sometimes when I post things I know that they aren’t going to be very popular posts, but typically, I try to share information that will be helpful or interesting to my readers, and to people who just stumble in for a visit. 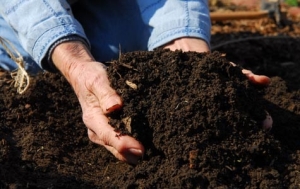 A Tomato in Every Pot and Compost in Every Backyard

Last year I was asked by the editors of Edible Grande Traverse to write an article about my experiences with farm to school.  I was honored.  Edible Grande Traverse is a local publication, but its readership is far greater than mine.  After the article was published, Barb and Charlie (the owner/operator/editors of the magazine) told me that they would like me to write for them again.  Last weekend the Winter 2011 issue hit the streets; my second article, “A Tomato In Every Pot and Compost in Every Backyard” is in it.

Hopefully, this won’t be my last!

Well, remember back in May when I told you about my trip to Detroit for the Farm to Cafeteria Conference?  I was asked by the editors of Edible Grande Traverse to write an article about my experience with Farm to School.  So I did.  And now, it’s published.  And you can read it by clicking on the cover.

(Pages 14-15 are mine but the whole magazine is wonderful as always.)